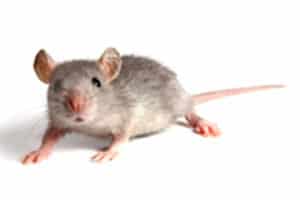 Rats and mice are important rodent pests entering Florida homes and warehouses for food and harborage. These rodents eat any kind of food that people eat. They also contaminate 10 times as much food as they eat, with urine, droppings and hair. They can carry at least 10 different kinds of diseases including Bubonic Plague, Murine Typhus, Spirochetal Jaundice, Leptospirosis, Rabies, Ratbite Fever, and bacterial food poisoning. Many times rats bite sleeping children while trying to get bits of food on the child that were not washed off before going to bed. Rats and mice also start fires by gnawing matches and electrical wires in homes. The Norway rat, roof rat and house mouse are the most persistent rodent populations in need of control.

In Florida, Norway rats are most common along the sea coasts and canals. They thrive particularly in areas where garbage is not properly stored. Although Norway rats generally prefer to eat fresh meat, fish, and grain, they can survive quite well on an ounce per day of garbage or decayed food along with an ounce of water. Frequently they range 100–150 feet from harborages in search of food or water.

Norway rats are burrowers and often dig in rubbish and under buildings or concrete slabs. Burrowing can cause damage by undermining the foundations of buildings, eroding banks of levees, disfiguring landscape plantings, and blocking sewer lines.

They are reddish-brown and heavy-set with a blunt muzzle. The tail is about as long as the combined head and body. Adults weigh 3/4 to 1 pound. Their droppings are 3/4 inches long and capsule-shaped. Norway rats live about 1 year and reach sexual maturity in 3–5 months. They have 8–12 young per litter and up to 7 litters per year.

Roof rats thrive in attics, roof spaces, palm trees, and ornamental shrubbery. They are climbers and prefer to nest off the ground. Roof rats are destructive to citrus groves, since they live in citrus trees and gnaw on the fruit. They can be quite destructive in attics, gnawing on electrical wires and rafters.

Roof rats generally prefer vegetables, fruits and grain; but they consume ½ to 1 ounce per day of food from various sources. Because they must have water to survive, roof rats also consume an ounce per day and will range 100–150 feet from harborages in search of water or food.

Color ranges from black to grizzled gray to tan with a light belly. The tail is longer than the combined head and body. Adults weight from ½ to pound. Their droppings are up to 1/2 inch long and spindle-shaped. Roof rats live about 1 year and reach sexual maturity in 3–5 months. They have 6–8 young per litter and up to 6 litters per year.

House mice normally live outdoors in fields, occasionally migrating into structures. In houses, they live behind walls and in cabinets and furniture.

They prefer to feed on grains but usually nibble at a wide variety of foods. House mice require only 1/10 ounce of food and 1/20 ounce of water daily, surviving on food alone if it has high moisture. Frequently house mice range 10–30 feet from harborages.

House mice are brown to gray in color with the tail as long as the body. Adults weigh about 1/2 ounce. Their droppings are 1/8 inch long and rod-shaped. House mice live about 1 year and reach sexual maturity in 6 weeks. They have 5–6 young per litter and up to 8 litters per year.

The movement of rats and mice is usually related to food, water, or harborage. Knowing where they are likely to go is important to controlling them.

Rats use any method to get to food, water or harborage. Their excellent sense of balance enables them to run on pipes, narrow ledges, and utility wires. Rats, especially roof rats, will climb anything their claws will hold on to, including wires, pipes, and rough walls. Because rats are excellent swimmers, they often live in sewers and occasionally enter homes through toilets.

Rats like to use regular paths or runways along walls or behind debris. To get food in the open, they will run behind things to get as close to the food as possible. They are afraid of strange objects or strange food and may avoid both.

Norway and roof rats are both aggressive species. The Norways are usually more aggressive, driving roofs from the territory. Both species are seldom found in the same building.

Rats and mice frequently gnaw on their surroundings. Their teeth grow 4½ to 5½ inches per year and only gnawing keeps them short and sharp.

Rats and mice are active mostly at night. Rats show greatest activity the first half of the night, if food is abundant. Mice usually are active at night both right after dark and between midnight and dawn. Both rats and mice will be active during daytime hours when food is scarce, when there is an overpopulation of rats, or when a poison has been used and the population is sick.

Since rats and mice are active at night and are rarely seen during the day, it is necessary to recognize signs of their activity.

Droppings and Urine—Most people first recognize rodent problems by finding droppings or urine stains in and around buildings. Rodents usually have favorite toilet areas but will void almost anywhere. Old droppings are gray, dusty, and will crumble. Fresh droppings are black, shiny, and puttylike. Rodents urinate while running, and the streaks are characteristic. The urine glows under ultraviolet lights and glows blue-white when fresh.

Gnawed Objects—Rodents gnaw every day in order to keep their teeth short and sharp. Rats also gnaw to gain entrance or to obtain food. Teeth marks on food, building materials, wire, and edges of beams are indications of gnawing. They will gnaw holes in wooden walls, pressed wood, and posts. Fresh gnawing in wood is usually light-colored with sharp, splintery edges. Old gnawing is smooth and darker.

Runways—Rats habitually use the same paths or runways between harborage and food or water. Outside runways are paths 2–3 inches wide and appear as smooth, hardpacked trails under vegetation. Indoors, runways are usually found along walls. Undisturbed cobwebs or dust indicates runways are not being used.

Rubmarks—Along runways, dark greasy rubmarks appear from contact with the rodent’s body. Rubmarks on walls appear as black smudges left by the rodent. New rubmarks are soft and will smudge. Old rubmarks are brittle and will flake when scratched. Rafters may show swing marks of roof rats.

Burrows—Norway rats burrow for nesting and harborage. Burrows are usually found in earth banks, along walls, under rubbish and concrete slabs. Freshly dug dirt scattered in front of 3-inch openings with runways leading to the openings is characteristic. Burrows usually are 18 inches deep in most soils. Slick, hardpacked runways indicate an old established colony.

Sound—Usually rodent sounds are heard at night or in quiet areas. Rodents moving at night often scratch, gnaw, and fight. The young often squeak while in the nest.

Rodent Proofing—Rodent proofing is changing the structure of buildings in order to prevent entry of rats and mice. In considering rodent proofing, you must know that:

Sanitation—Good housekeeping or sanitation is a basic factor in rodent control. Eliminating food, water, and harborage for rats and mice can reduce rodent populations rapidly. To implement sanitation practices:

Trapping—Trapping is an underrated method of controlling rodents. Traps can be used to eliminate rats where poison baits would be dangerous, to avoid dead rat odors, and to eliminate bait-shy rats.

It is important to place traps where the rats are. Rats and mice are used to human odors so there is no need to use gloves when handling traps. Since mice travel only 10–30 feet but rats travel 100–150 feet from harborages, more traps are needed to trap mice than rats in a house.

Rats and mice also have different behavior around new objects. Rats are cautious, and it may be a week before they approach a trap. Mice are curious and will normally approach traps the first night. If you don’t catch a mouse in the first few nights, the trap is in the wrong location. To help rats overcome trap shyness, place traps unset, in place, for several days. This allows rats to overcome shyness and results in better catches.

Baited traps rely on the rat’s being attracted for feeding. The bait must compete with other available foods, so no one bait is ever the best bait for all locations. Rodents living on garbage or spoiled food prefer something fresh.

Glue boards—Glues do not harden but will hold a rat in place. Other rats become curious and also get caught. Dusty and wet conditions will impair the trap’s effectiveness. Glue boards are better suited for mice and safe for children and pets.

Poison Baits—Traps are effective usually when dealing with small numbers of rats or mice. When rats are plentiful or where unsanitary conditions exist with harborage, poisoned baits are an effective tool to use with trapping.

The most common rodenticides are the anticoagulants. The newer generation of anticoagulants are effective after a single dose. The single-dose anticoagulants are generally effective against rodents resistant to the older multidose compounds. Rodents poisoned with anticoagulants die from bleeding internally. Because the effects show up days after taking the bait, they do not associate their poisoning with the bait. Anti-coagulants are considered safer rodenticides than the acute poisons, because larger doses are necessary to poison humans or pets and these poisons have a simple antidote, Vitamin K1.

Whenever a rodenticide is used, safety must be the first consideration. Poison baits must be placed where they are inaccessible to children, pets, livestock, and wildlife. Where rodent runs are exposed and in all outdoor situations, tamper proof bait boxes must be used. A tamper-proof bait box or station must be inaccessible to a 4 year old child or a dog. This means that the station can not be opened and the bait can not shaken out. Bait blocks must be secured inside the station or if loose bait pellets or meal is used, then the station must be secured to the ground so a child, dog or raccoon could not move it. Baits stations should always be placed near where rats live and breed or along travel routes.

When you control your rats, encourage your neighbor to control their rats at the same time. The greater the area that is controlled, the more effective the results will be and the longer it will take new rats to migrate back to your property. Contact Well’s Termite & Pest Control today to discuss one of our many rodent control programs. 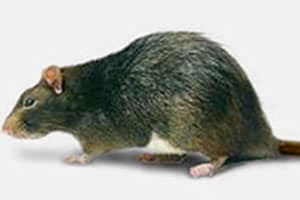 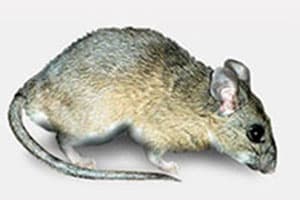 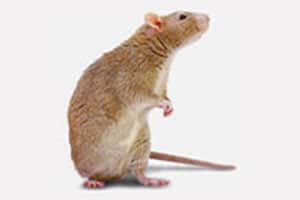 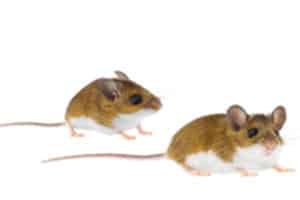