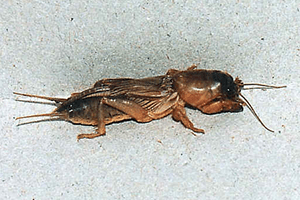 Invasive mole crickets are a serious plant pest for many Floridians. These insects can do major damage to any species of turfgrass, as well as to pastures, forage crops, and vegetables.

WHAT ARE MOLE CRICKETS?

Mole crickets are a unique and unusual family of crickets that spend most of their life underground and have modified “hands” (front legs) that help them tunnel through the soil (Hence, the name mole cricket). These insects are common turf grass pests throughout Florida and the southeastern U.S. Several species occur around the world and cause damage to multiple crop species.

WHAT DO THEY DO?

Mole crickets tunnel through the soil, often close to the soil surface, severing grass roots and causing the earth to bulge upwards. They also eat the roots and shoots of plants where they are tunneling, most commonly grasses. Mole cricket tunneling and feeding damage looks like ugly brown patches of dying or dead grass, which are typically replaced by weeds. Predators such as raccoons, armadillos, and birds may further dig up the turf to snack on the crickets, which creates even more of a mess.

Sod farms, home lawns, golf courses, and pastures all frequently host mole crickets. Any species of turf grass can be damaged by mole crickets, but they particularly like Bahia grass and Bermuda grass.

WHEN ARE THEY ACTIVE?

Mole crickets are active year-around in Florida, but do the most damage during spring (March through June) or fall (late August to early October) when they are mostly adults. Mole crickets have one generation per year, with eggs typically being laid in April and May. Not only can mole crickets tunnel through the soil, but the adults can also fly long distances. In fact, an adult male mole cricket will sit at the entrance to his tunnel and call for adult females, who fly in to find him. Mole crickets are nocturnal, which means they are actively calling, tunneling, and flying at night. If you have a Bermuda or Bahia Grass lawn, please contact Well’s Termite & Pest Control to discuss a program that is suitable. 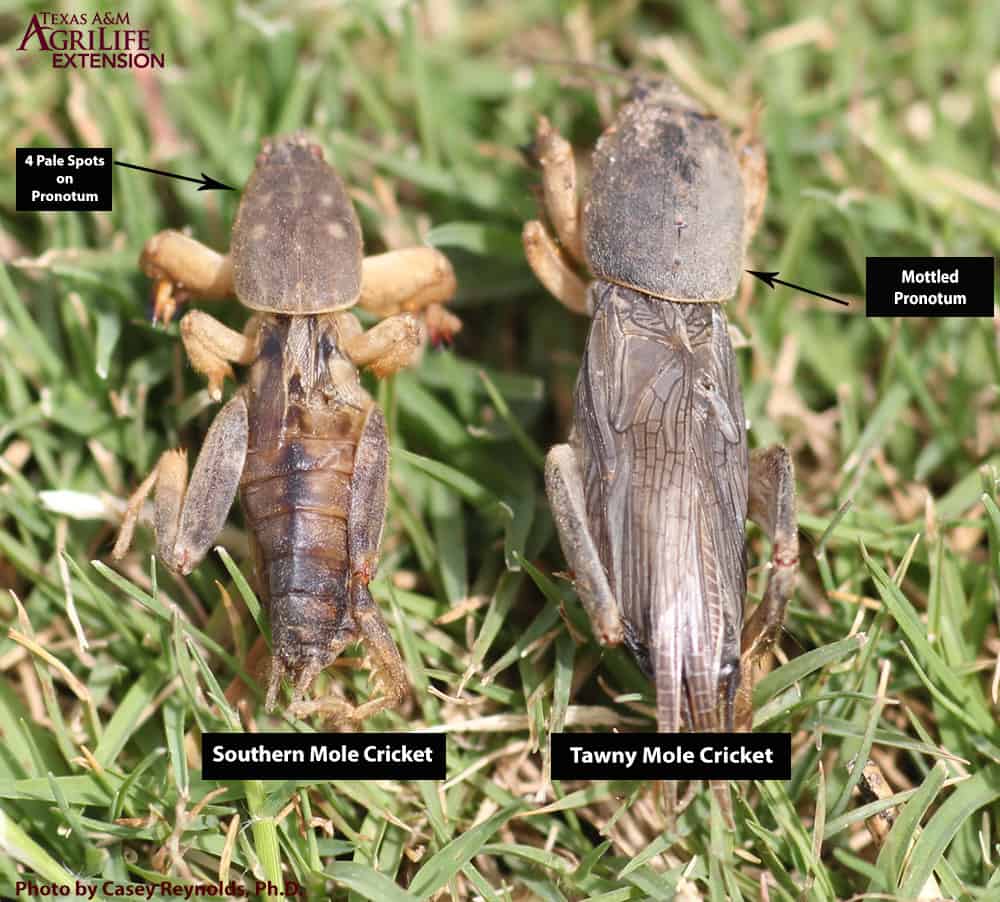