Mealybugs are insects in the family Pseudococcidae, unarmored scale insects found in moist, warm climates. Many species are considered pests as they feed on plant juices of greenhouse plants, house plants and subtropical trees and also act as a vector for several plant diseases.

Mealybugs are sexually dimorphic: females appear as nymphs, exhibiting reduced morphology, and lack wings, although unlike many female scale insects, they often retain legs and can move. Males are smaller, gnat-like and have wings. Since mealybugs (as well as all other Hemiptera) are hemimetabolous insects, they do not undergo complete metamorphosis in the true sense of the word. However, male mealybugs do exhibit a radical change during their life cycle, changing from wingless, ovoid nymphs to wasp-like flying adults.

Mealybug females feed on plant sap, normally in roots or other crevices, and in a few cases the bottoms of stored fruit. They attach themselves to the plant and secrete a powdery wax layer (hence the name mealybug) used for protection while they suck the plant juices. The males on the other hand are short-lived as they do not feed at all as adults and only live to fertilize the females. Male citrus mealy bugs fly to the females and resemble fluffy gnats.

Some species of mealybug lay their eggs in the same waxy layer used for protection in quantities of 50–100; other species are born directly from the female. Contact Well’s Termite & Pest Control to discuss a program for your landscape plants to control these insect. 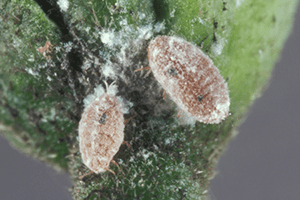 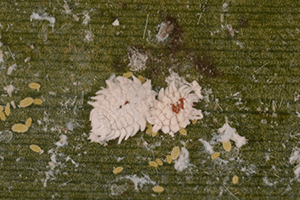 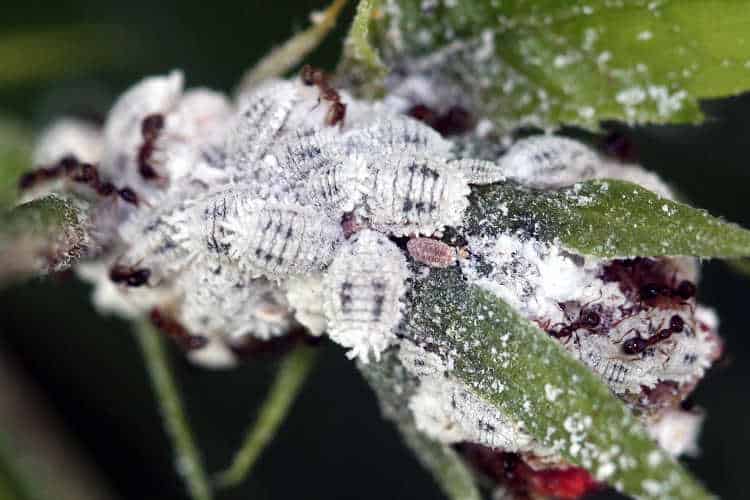